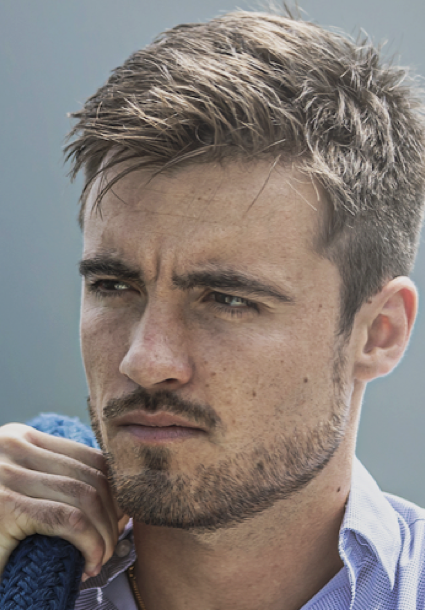 Quentin Coudert studied the craft of acting with the renowned French casting director Olivier Carbone who worked on famous movies such as ‘Inglourious Basterds’ with Christopher Waltz, and ‘La Môme’ with Marion Cotillard.

A French native, he travelled to America to discover the method of the ‘Susan Batson Studio’, to Russia to learn about the ‘Stanislavsky’ method, and worked with many different teachers to improve and perfect his craft.

He has appeared in several renowned TV shows in France such as ‘Plus Belle La Vie’, ‘Section de Recherches’ and ‘Crime Parfait’.

He has also worked in many short-films where he was able to ace his acting skills by playing a large range of roles such as a soldier, a young student, a dead-man, a taxi driver and more. Quentin is a gymnast, who also excels in num-chuks, tennis and fitness.